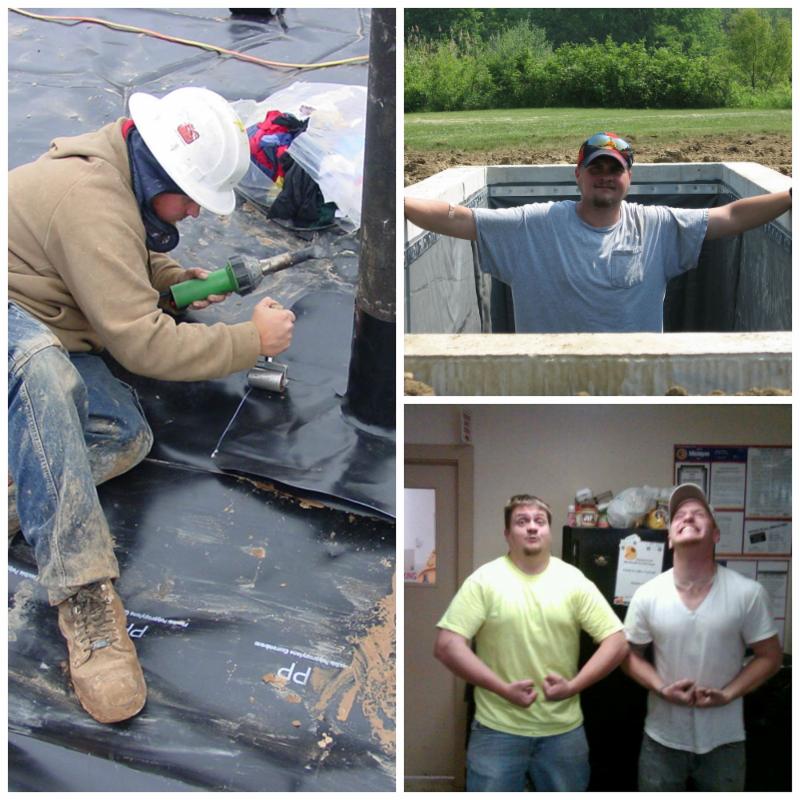 Tony Knowles has been a dedicated member of the EPI team for nine years.

Starting out as a line worker in the Mancelona plant and finished his time here at the Traverse City plant as Production Supervisor.

Tony played an active role in many key projects over the years, including AEP Fresh Kills Landfill in Staten Island, and the record setting, 37 million sq ft, Columbus Upground in Ohio.

Dan Rohe President of EPI says “early on Tony always had the ability to boost morale and keep work an enjoyable place to be.

Even when things got tough and jobsites were hell, Tony could always maintain a smiling positive attitude.

As Tony has learned new skills and moved up through the ranks at EPI, he’s been a valuable asset to the team.

We’ll miss his good-humored attitude and comical antics, but we won’t miss hearing about his constant poison ivy…”