Detroit's east riverfront historically was a zone where shipping and tire companies, warehouses and other businesses grew up as part of Detroit's industrialization at the dawn of the last century.  The $500 million dollar redevelopment of the riverfront area included construction of a three mile long river walk, part of which was adjacent to the General Motors Renaissance Center Buildings in downtown Detroit.  The new GM Plaza area needed to be raised more than 4 meters in the area formerly used as a parking lot.

The area selected for the plaza has seen many varied uses over the past century. There are many unknowns regarding the soils and other materials deposited there.  It was known that the area had experienced some subsidence and the fill in the area was over soft soils.  The area is bounded on one side by a service areaway and on the other by a concrete sea wall at the rivers edge.  The sites close proximity to the Windsor Tunnel under the Detroit River to Canada was another important consideration.

The plaza area needed to be raised approximately 4 meters above the existing parking lot area it is replacing.  The designers selected expanded polystyrene Geofoam for use as fill material.  The 1.5 lb/sf density Geofoam would save weight, reduce lateral pressures on the adjacent structures, and speed construction at the congested work site.

Hydrocarbons have a devastating effect on contact with expanded polystyrene foam.  In order to protect the Geofoam from damage by an accidental spill of fuel or other hydrocarbon materials, the designers utilized a geomembrane.   8130 XR-5 was selected to cover the top of all areas where Geofoam was installed.  XR-5 is a PVC coated fabric formulated using Elvaloy, a chemical resistant polymer which imparts flexibility to the geomembrane.

Environmental Protection, Inc. (EPI) was selected to provide over 4,700 square meters of XR-5 geomembrane liner for this project.  Over one acre of XR-5 was prefabricated to fit the varying shapes of the plaza and the many planter boxes and planting areas that were incorporated into the design.  Each area of the plaza where Geofoam was installed had to be covered with geomembrane.  The XR-5 material was installed directly over the foam, or over a sand cushion that was installed on top of the foam in some areas.

Since the geomembrane now acts to collect any fluid, including rainwater, a drainage system had to be implemented above the liner and drain piping to direct the water away from the plaza.  The liner was sealed to these drain pipes using prefabricated EPI Tapered Pipe Boots.  Boots were custom fabricated of XR-5 for each pipe diameter used on the project.  EPI also prefabricated inside and outside corners to simplify the installation of the XR-5 around the many column foundations and intricate corners in the planter areas.

Installation of the XR-5 had to be coordinated with the many other subcontractors working on the site.  The area was so congested that the installation had to be done in phases in order to allow enough area for everyone to operate efficiently.

The XR-5 geomembrane provided an excellent solution for protection of the EPS Geofoam on this project.  The material was easily fabricated to fit the unusual shapes and dimensions of the plaza and its many planters.  Installation was rapid, with very little field welding required. 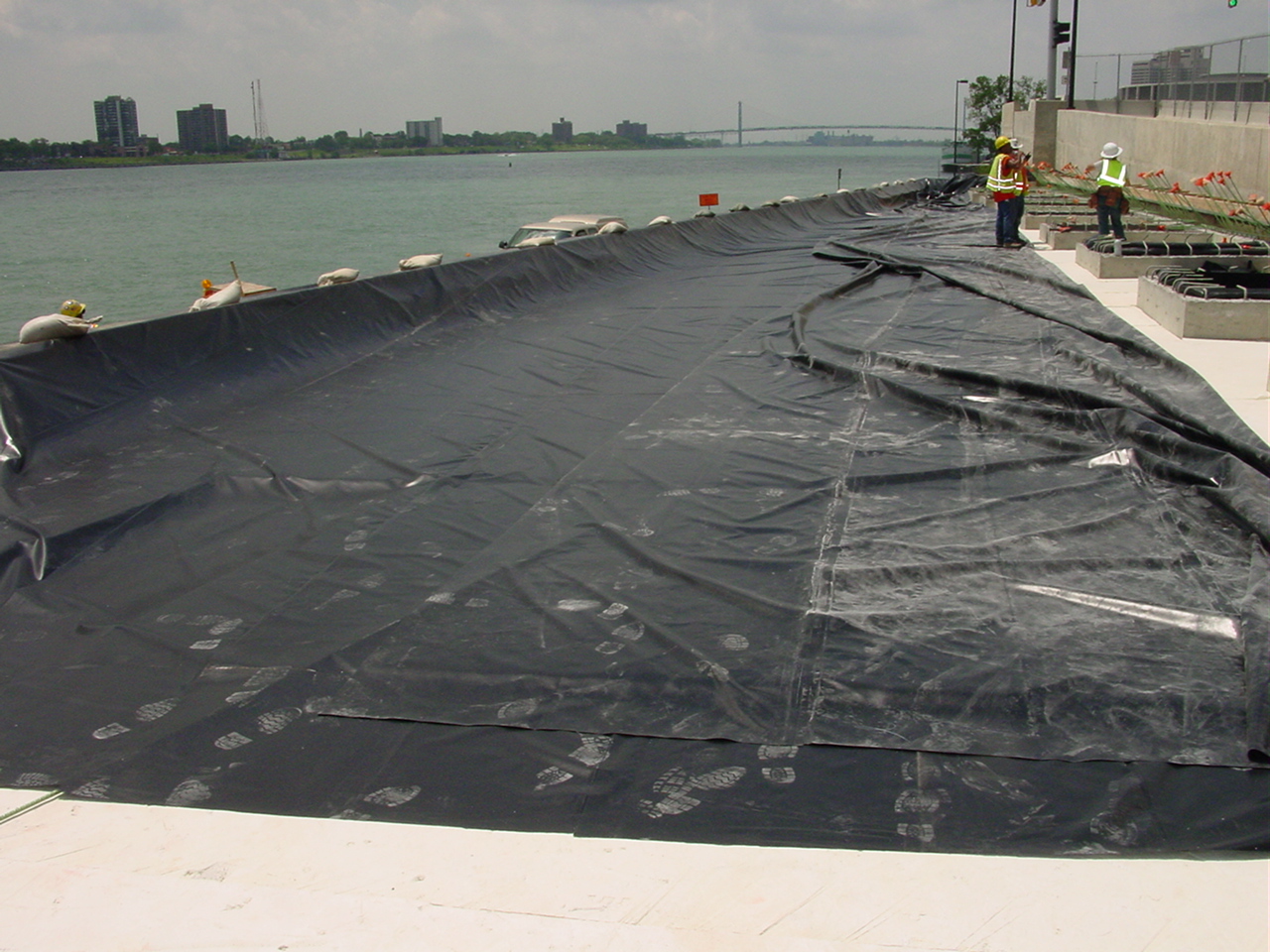 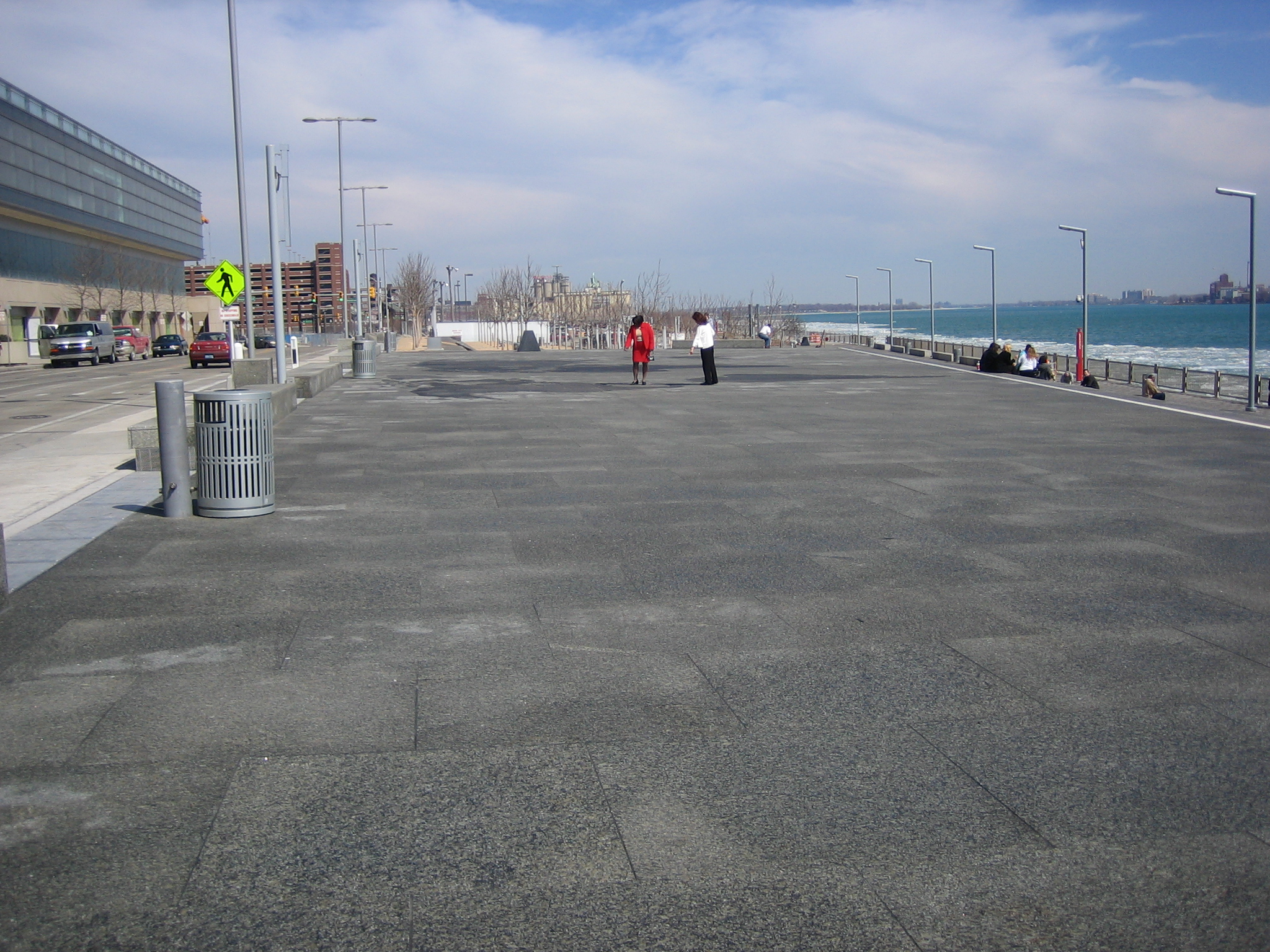 Click here for more information on this Case Study.